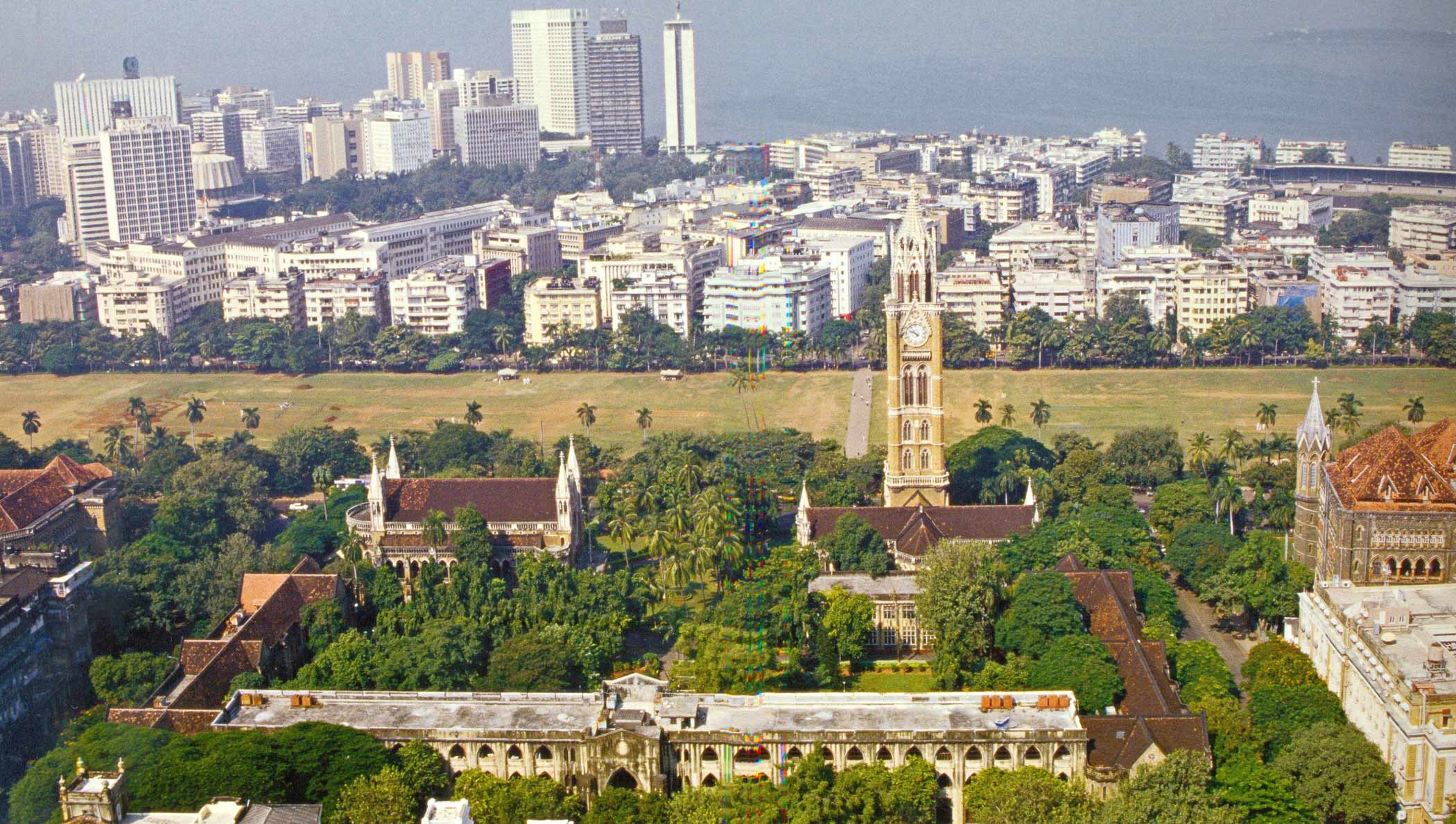 The first city of India (Urbs Prima in Indis ), Mumbai finds itself on the world map for many reasons. On 30 June, 2018 yet another reason was added to it with the inscription of the Victorian Gothic and Art Deco Ensembles in Mumbai to the UNESCO World Heritage List.

The Victorian Gothic and Art Deco Ensemble (VGAD) is a spectacular 66.34 ha ensemble of buildings from two very distinct and contrasting styles of architecture in a unique juxtaposition. The Oval Maidan, the fulcrum around which the ensemble was built, gives it an identity which sets it apart from any other built space in the city. This composition has a unique place in the evolution of the city and the country. It sees an intermingling of the impacts of the actions and ideologies of the colonial powers and local actors.

On one side of the ensemble we see imposing Victorian buildings with their roots in medieval architectural styles from Europe and on the other side Art Deco architecture buildings which herald the earliest expression of modernism.

The Art Deco style has its roots in Europe and was first popularised at the exhibition held in 1925 in Paris - Exposition Internationale des Arts Décoratifs et Industriels Modernes (International Exhibition of Modern Decorative and Industrial Arts) but came to be called Art Deco only in 1960. This architectural style came at the point when many factors converged to create a construction boom in the city. The Backbay reclamation, population expansion, growing aspirations of the middle class, the availability of cement in large quantity, the emergence of RCC as a construction material, an increase in education levels and international exposure which came together to foster the first expression of modernism in the city.

The UNESCO inscription is momentous and is a milestone in the architectural history of the city. Let us take a look at how the inscription came to be.

Both sections of the site have very contrasting origins and evolution. While the Victorian was driven by British architects and engineers the Art Deco ensemble was created by European artists, British planners, American and Indian architects and engineers, not to mention countless Indian craftspeople.[iii] Indian architects like Gajanan Baburao Mhatre, Merwanji Bana, Sohrabji Bhedwar and architectural firms like Master, Sathe and Bhuta created major Art Deco neighbourhoods.

The Indian population had little identification nor significant sense of ownership with the Victorian buildings despite the fact that much of the funding and physical construction was by Indians. The same is not true for the Art Deco ensemble. Art Deco was not only funded and constructed by Indians but was also designed and inhabited by them. It was and remains an expression of their thoughts and aspirations.

With this inscription the spatial form of the city which has always been a part of the popular imagination of the country has now captured global imagination.

Every citizen and visitor to the city has countless memories associated with the Oval Maidan, the High Court, the Museum, the Marine Drive Promenade, the Deco theatres Eros and Regal. These spaces have hosted everything from protest marches to cricket matches, international art exhibitions, air shows, overflow from the plague, to popular Bollywood films and have enjoyed a prominent place in the nation's imagination. They are firmly a part of the collective memory of every city resident. With the inscription it now finds itself on the global stage and is afforded a layer of protection that will preserve an architectural legacy for generations to come.

To read about the Statement of Outstanding Universal Value, Authenticity and Integrity, and World Heritage Criteria, click here.

Only a country which has signed the World Heritage Convention, pledging to protect its natural and cultural heritage, can submit nomination proposals for properties to be considered for inclusion in UNESCO’s World Heritage List. The nomination process for any site is an arduous and exhaustive process.

The process for the preparation of the file is a comprehensive one with complete documentation and expression of all the factors which make the site a World Heritage Site. It is then submitted to UNESCO by the national government, where it is reviewed and checked for completeness before being sent to the Advisory Body. (The Nomination Dossier was formally submitted in 2014)

The nomination dossier is independently evaluated by UNESCO's Advisory Body, International Council on Monuments and Sites (ICOMOS) for built heritage. This includes a desk review of the documents followed by a physical review of the site by experts. (The ICOMOS Expert reviewed the site in 2017)

The decision to inscribe Mumbai’s Victorian and Art Deco Precinct was taken at Manama, Bahrain on  30 June, 2018.[i]

A unique and laudable aspect of the Victorian Gothic & Art Deco precinct nomination is that it has been driven by civil society organisations, NGO’s, citizens, conservationists, architects and residents of the precinct. The stakeholders laid the groundwork for the nomination and worked closely with government through the process. Worldwide, with most sites, typically it is only the government which decides, funds and drives the process of making the nomination but for the VGAD inscription it is the citizens and stakeholders who have collaborated with the government, laid the groundwork for the inscription and prepared the nomination dossier.

The Dossier itself is a technically detailed document which enumerates  the significance and technical soundness of the site. The aspects which have to be enumerated in great detail but stated simply are as follows:

1) Identification and Description of the Property

2) Justification of the Inscription

b. Statement of Outstanding Universal Value

3) State of Conservation and Factors Affecting the Property

To appreciate the enormity, complexity and scale of the task it is relevant to highlight that the dossier can run into several volumes adding up to well over a thousand pages which includes measured drawings, layouts, nomenclature, photographs, history, etc normally of a single monument but in this case of an entire precinct comprising several buildings with multiple architectural styles.

We can see a shift in our understanding of heritage and also see the dawn of an era when we acknowledge that heritage goes beyond the monumental and ancient, built by Kings and Queens to that built by the common man, maybe not grandiose but inherently meaningful on its own. With this inscription we can hope for better awareness of and protection and conservation for this inheritance our city has entrusted us with

You can view all 34 buildings on Marine Drive and 18 buildings in OVAL precinct. Type WHSMarineDrive or WHSOval in our website search box.

References
Header and Thumbnail Image: A cluster of Victorian buildings in the foreground with Oval Maidan and the stretch of Art Deco buildings along Maharshi Karve Road (Queen's Road) and Marine Drive (Queen's Necklace) in the background. Source: © Book: Above Bombay, Jehangir Sorabjee