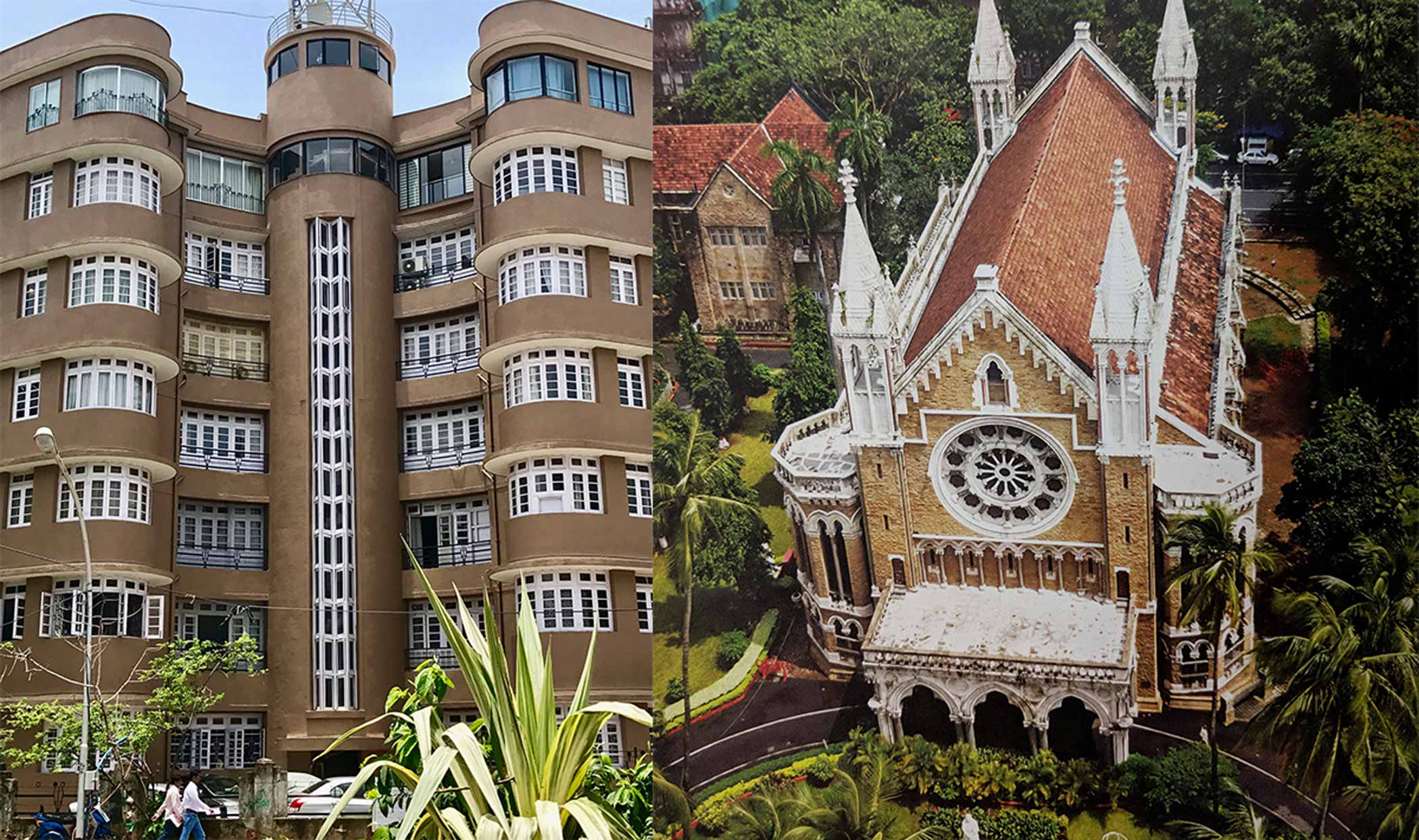 Let us deconstruct the World Heritage Inscription and understand why the citizens of Mumbai should value it and the reasons a globally significant organisation like UNESCO found merit in including the Victorian Gothic and Art Deco precinct in the World Heritage list along with some of the most magnificent heritage sites of the world.

Criteria ii: Exhibit an important interchange of human values, over a span of time or within a cultural area of the world, on developments in architecture or technology, monumental arts, town planning or landscape design.[i]

‘The Victorian and Art Deco Ensemble of Mumbai exhibits an important interchange of human values through the vibrant cosmopolitanism of its settlers who built its edifices on the foundation of entrepreneurship and philanthropy. A host of global factors led to Mumbai emerging in the 19th century as the Urbs Prima in Indis and the second city on the British Empire. As the pre-eminent port city, the Gateway of India, it welcomed people and ideas into the Indian subcontinent and this interchange is reflected in its urban planning and architectural development over a span of a hundred years. Mumbai’s Victorian and Art Deco developments with their moorings in Western styles and indigenized through a collaboration of European and Indian architects, engineers and craftsmen is an example of shared heritage at its best.’ [ii]

Criteria iv: Be an outstanding example of a type of building, architectural style or technological ensemble or landscape which illustrates (a) significant stage(s) in human history. [iii]

‘The Victorian and Art Deco Ensemble of Mumbai forms an architectural development of Outstanding Universal Value embodying urban re-engineering in the context of colonial cities over the 19th and 20th centuries, with the demolition of fortifications to restructure the Esplanade followed by the ambitious Backbay Reclamation Scheme, this was emblematic in Asia and the world, of a development stage in human history, the shift from fortified colonial towns to commercial cities in a modernising world. Collectively, this ensemble of Victorian and Art Deco buildings is unparalleled in its reflection of international modernities of the 19th and 20th centuries and influences the narrative of modernism in Asia.’[iv]

A major aspect of the WH nomination is the Statement of Outstanding Universal Value (OUV). With this statement we make the case for our site and why it deserves a place amongst the most significant heritage monuments in the world.  Along with this UNESCO also requires detailed statements of integrity and authenticity of the site as well as the site management plan, to show how the site has been protected till now and future plans for the same.

“a. Individual clusters of Victorian or Art Deco buildings may survive across the world, but the Mumbai ensemble is collectively unparalleled, with the dramatic confrontation of the two styles across the Oval Maidan;

b. The Victorian buildings are amongst the finest and most cohesive group of 19th century Victorian Gothic buildings in the world;

c. The Victorian assemblage was amongst the earliest examples of public private partnerships in colonial India, as the urban scheme for public buildings was funded by philanthropists belonging to different communities and faiths;

e. The 1920s land reclamation set the stage for Art Deco in India, with the modern construction technology of reinforced concrete and Art Deco features in contrast to the carved stone of the Victorian buildings across the Oval Maidan, creating the spectacular coastal promenade, Marine Drive – the Queen’s Necklace;

f. The nominated property created a formidable architectural dialectic that influenced the narrative of modernism in Asia, with a distinct architectural genre, Western in form and Indian in spirit as an example of shared heritage; and

g. The urban ensemble, which embodies international modernist trends of the 19th and 20th centuries, remains intact up to the present, as its buildings continue to be used.The 19th century Victorian (in the East) and 20th Century Art Deco (in the West) of the Backbay Reclamation Scheme confront each other in a theatrical architectural display at the Oval Maidan.

Together these two developments represent the developments in urban planning that led to the expansion of a city along its western seaface, first through the demolition of its fort walls and creation of a Victorian enclave by filling the moat and then through land reclamation from the sea to create an Art Deco development. Together, this urban ensemble creates a distinct entity – of an urban response to the growth of a trading colonial city by the sea – wholly unique in its dramatic juxtaposition of the two distinct architectural groupings facing each other across the historic maidan.” [vi]

Statements of Integrity and Authenticity

The Statement of Integrity is a measure of the wholeness and intactness of the heritage and its attributes, this has to be expressed in a statement of integrity in the nomination dossier.[vii]

“The State Party holds that the assemblage of Victorian Neo Gothic and Art Deco buildings retains a high degree of integrity in visual, spatial and planning terms, with the Rajabai Clock tower as the visual high point and the Oval Maidan, which is a unifying element and a centrepiece to view both the Victorian and the Art Deco groups of buildings. Moreover, it is argued that it retains its integrity as a planned urban development in an Asian colonial city.” [viii]

The Victorian Gothic and Art Deco buildings retain a high degree of visual, spatial and planning integrity, largely due to the pioneering heritage regulations of Greater Mumbai 1995 and the fact that the site has been continually maintained through government and public private participation. Both groups retain the original layout, scale, massing, texture and skylines. There have been some alterations in the Art Deco building but they maintain their original scale and texture and most of the Art Deco features have survived. The buildings on the Oval and Marine Drive have maintained setbacks, balcony protrusions, building heights, ventilation, courtyards, placement of staircases, elevators and the rounded corners.[ix]

The Statement of Authenticity is an expression of the way in which the authenticity of the attributes of the site is maintained and supports the Outstanding Universal Value. The attributes may include form and design, material and substance, use and function, traditions, techniques and management systems, location and setting, spirit and feeling and other forms of intangible heritage.[x]

“The State Party holds that the assemblage of Victorian Neo Gothic and Art Deco buildings retains a high degree of integrity in visual, spatial and planning terms, with the Rajabai Clock tower as the visual high point and the Oval Maidan, which is a unifying element and a centrepiece to view both the Victorian and the Art Deco groups of buildings. Moreover, it is argued that it retains its integrity as a planned urban development in an Asian colonial city.” [xi]

In the case of Victorian Gothic and Art Deco ensemble, they have been largely preserved without major changes. The buildings retain their architectural form, design, material and function to a very large extent. Most of the buildings in both the Victorian and Art Deco quarters are inhabited by the same families, organisations and institutions since the time they were built. The cinemas halls built more that eighty years ago continue to show movies till the present. Thus we see continuity in their use as was originally envisaged, maintaining a high degree of authenticity for the buildings.[xii]

You can view all 34 buildings on Marine Drive and 18 buildings in OVAL precinct. Type WHSMarineDrive or WHSOval in our website search box.