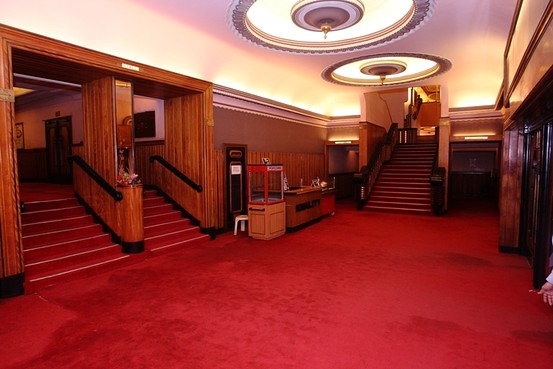 Nazir Hoosein, still wiry and energetic at age 72, sits in his office at Mumbai’s Liberty Cinema, tearing through a copy of the Mid-Day. “See for yourself,” he says. His thin fingers skim across a sea of finely printed show timings. Taking a quick peek, it looks as if the light comedy “House Full 2” is playing in every theatre from Colaba to the suburbs on a half-hourly basis. “Now, ask yourself,” Mr. Hoosein says. “Who are these people going to see this film?”

Mr. Hoosein has, to put it mildly, mixed feelings about today’s Bollywood product. But declining quality, and an over-saturation of theatres are only two of the many threats plaguing single screen cinemas like Liberty, the one he owns. Once a proud cultural institution of the post-Independence era, these historically significant theatres are facing extinction due to what owners say is as an unsustainable tax rate, married with dwindling attendance, and legal challenges that make even the most innovative approaches to fiscal resurrection seem doomed to failure.

It’s a shame because Liberty Cinema makes for an extraordinary visit. Purporting to be the first luxury Hindi movie theatre in India, the 63-year-old building stands today as one of the most significant architectural achievements of Bombay’s art-deco era.

Stretching roughly from the mid-1930s to the early 1960s, the Indian art-deco movement, and its stylistic glorifications of industry, occasionally clashed with Gandhi’s more humble, anti-elitist vision of Indian life. But the results were stunning, featuring a hard-edged mixture of British and Indian design work. In the case of Liberty, the building was designed by Englishman Riddley Abbot, who died in a plane crash midway through the building’s construction while heading home to London. The work was subsequently completed by local architects, J.B. Fernandes and W.M. Namjoshi. 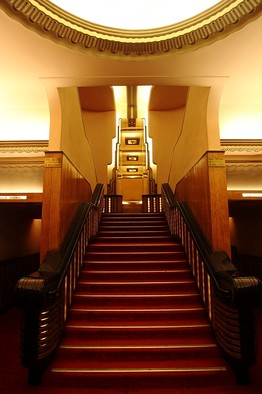 It’s the same curtain that was raised to reveal the film “Andaz” on March 21, 1949, the cinema’s opening night. The 1196 seats flow front to back and along the balcony and dress circle in a rising wave of crimson, and downward swirling sculptures in deco motif mount the wooden doors of the exits. When empty, the acoustics of the space are so powerful – the silences can physically be heard. The pristine condition of the theatre, despite its age, is the result of what Mr. Hoosein acknowledges as a “labour of love.”

Of course, Mr. Hoosein has motivation beyond that of good business sense to care for his property. Habib Hoosein, his father, built the cinema two years after Independence, naming it “Liberty” in honour of the event. The younger Hoosein, at age seven, helped open the theatre by ceremoniously cutting a ribbon that blanketed the screen. There, he grew up watching film after film from Bollywood’s golden era. “If a film succeeded here [at Liberty] back then,” he recalls, “it would then go on to succeed throughout India.”

Mr. Hoosein’s father died of renal failure in 1970. Mr. Hoosein’s mother had already died giving birth, and because he was involved in other work (as well as being a professional race car driver, Mr. Hoosein served as vice president of the Fédération Internationale de l ’Automobile), the theatre was turned over to a group of investors and the place began to deteriorate.

Mr. Hoosein then launched what became a 20-year legal battle to wrangle Liberty back into family hands. The case, based on Mr. Hoosein’s contention that the rights to Liberty were his by inheritance, went as far as the Indian Supreme Court before the group ultimately decided to settle.

Mr. Hoosein then oversaw a period of renaissance at Liberty after working out a deal with producers to premiere the 1994 film, “Hum Aapke Hain Koun..!”,which starred Salman Khan and Madhuri Dixit.

The producers “came to me and said we’d like to show our film at Liberty, but I needed a new sound system that costs 10 lakh ($20,000),” Mr. Hoosein recalls. “I told them if your picture bombs, how can I recoup my losses? And they told me if it bombs we’ll reimburse you for the sound system.” The film went onto become one of the top grossing Bollywood films of all time. Liberty ran the picture at full capacity for 44 straight weeks and the film played for 125 weeks in total. “Over two million [people] came through these doors,” Mr. Hoosein says. “And it saved Liberty – for a time.”

The time Mr. Hoosein speaks of lasts until about 2005, when the Indian government passed legislation granting multiplexes a five-year tax incentive to start their businesses. The result of this tax holiday can be seen in the over-crowding Mr. Hoosein demonstrated in the film pages of papers like Mid-Day. “The government created this deal, this artificial scenario, and it’s gone horribly wrong,” Mr. Hoosein claims.

He said that cinemas like Liberty “had to go on paying a tax rate of 45% every Monday while these [multiplexes] came springing up all over the place. Now the holiday has ended, all cinemas are paying the same high rate, and all cinemas are suffering badly – including the multiplexes.”

During the tax holiday era, India’s single screen cinemas began to disappear in large numbers. Vidhani R.V. is currently serving his second term as president of the Cinema Owners and Exhibitors Association of India. He’s also the Vice President of the Film Association of India, and the owner of New Excelsior Cinema in Mumbai’s Fort region. He says that of the approximately 13,500 single screen cinemas that existed in India before the legislation was passed, close to 4000 have vanished.

“We are in the process of being killed off,” he says. In big cities, however, the bleeding is worse – 519 of 1080 Mumbai single screen cinemas have closed in less than a decade.

Mr. Hoosein for his part viewed the tax break for multiplexes as an act of discrimination, and urged COEAI to take legal action against the government. The group instead opted to lobby politicians, and bring attention to their cause. “I felt it was something to be taken to court,” he says. “They [COEAI] felt it should be handled politically and of course they lost.”

Mr. Hoosein feels the government has betrayed single screen cinemas. “When [there were fewer] cinemas, we were a milk cow for the government. Our success meant crores and crores of rupees in tax revenue for them”, he says.

Yet another piece of government legislation is working against single screen cinemas: the Bombay Rent Act. In Mumbai, rents can be fixed at era-specific prices, with some set as far back as World War II. The controversial law, established in 1947, provides that increases of rent are permanently illegal for buildings that are not newly constructed or refurbished. 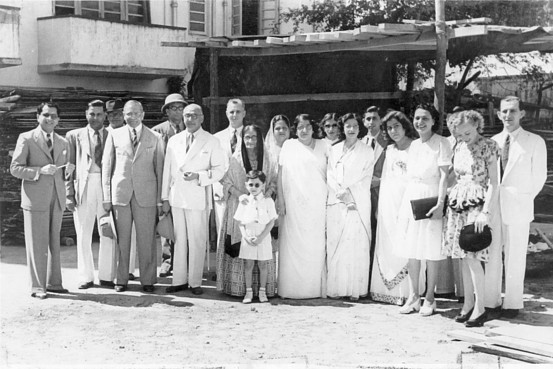 The owners of older cinemas like Liberty or the New Excelsior survive in part from the rent they receive from the banks, and other small businesses that feed off of the foot traffic provided by a cinema’s central location. But due to these freezing restrictions, Mr. Hoosein’s tenants pay as little as 2000 rupees ($40) per month in order to maintain their businesses, which amounts to not much more than pocket change.

Mr. Hoosein, for his part, is eager to reinvent Liberty in the hopes of preserving his father’s legacy and a building he realizes is important to India’s history and artistic heritage. As a result, he’s examining the possibility of bringing music concerts and film festivals into the theatre this year.

Abha Narain Lambah, a conservation-architect based out of Mumbai, and a former member of the Mumbai Heritage Conservation Committee, hopes that Mr. Hoosein succeeds.  “Liberty quite possibly has the finest art deco interior in all of India,” Ms. Lambah frets.  Liberty along with the more centrally located Regal Cinema, were included in the list of buildings protected by the heritage committee in 2006. The amendment has since been caught up in what Ms. Lambah calls a “sea of red tape.” Even if and when it is protected, the government will not provide Liberty any financial incentive for the achievement.

Mr. Hoosein says that most of those who request to photograph Liberty now, or document it for the purposes of history, are foreign born. When asked why he thinks that might be, he grows wistful about his plight.  “Well,” he says. “I think we Indians have too much history at our fingertips, too many beautiful things to see. After a while – you just stop noticing them.”

Michael Edison Hayden is an American journalist, playwright, and screenwriter currently living in Mumbai. You can follow him on Twitter @MichaelEHayden